Should EVERYONE learn a foreign language?

So, languages are kind of difficult to learn. Like, really difficult.

With English quickly becoming the most global language, is there even a point to learning other languages anymore?

You bet there is. But I’m not about to get on my high-horse and wag my finger at you if you don’t want to. I get it. It’s not a small feat. But there are some enormous benefits that I think you won’t want to miss.

First of all: If you’re not really interested in learning about other cultures beyond what you can learn from documentaries and being a tourist in foreign countries, then feel free to skip the rest of this blog post. I won’t judge you – really! – and I’ll beat up anybody who does.

But if you do want to learn about other cultures beyond the superficial layers, then let’s talk about language.

So back to my earlier question – why even bother?

How easy is it to get to know a culture?

I think there’s a misconception out there that because we can learn about a culture from a quick Google search, it’s easy to understand it on a deep level in a rather short amount of time.

But to deeply understand a culture, you cannot simply stand in front of the window and admire it safely through the glass. You have to live it for yourself.

That’s where language comes in. While there are many ways to learn about other cultures in meaningful ways, there is absolutely no way to avoid culture when you learn a language, and that effort that you put will enrich your comprehension of not just words and phrases, but also the cultural identity that’s infused in the language.

In addition, when you learn a new language, doors that you never knew existed will open for you.

Think about it this way. Let’s say a foreigner visits the US. They end up living there for a few years. Yay! But they never learn a word of English. How much of American culture would you really expect them to understand, even after all that time? Again, they learned zero English.

The only friends they could make would be ones who spoke their native tongue, and all of their experiences would be heavily influenced by their own culture so long as English was not involved. Think of all the things they would be missing!

What I gained from learning Japanese

It took a long time, probably more than necessary, but I learned Japanese.

And because of my linguistic efforts, when I was living in Japan I was invited into homes. I sold yakitori at food stands at local festivals. I learned to paint with retirees at a community center in Matsusaka. I worked as a clean-up volunteer after the 2011 Tohoku tsunami disaster. I swapped stories over pints of (too much) Asahi Super Dry with salarymen in dodgy izakaya. Hell, I even officiated a wedding. 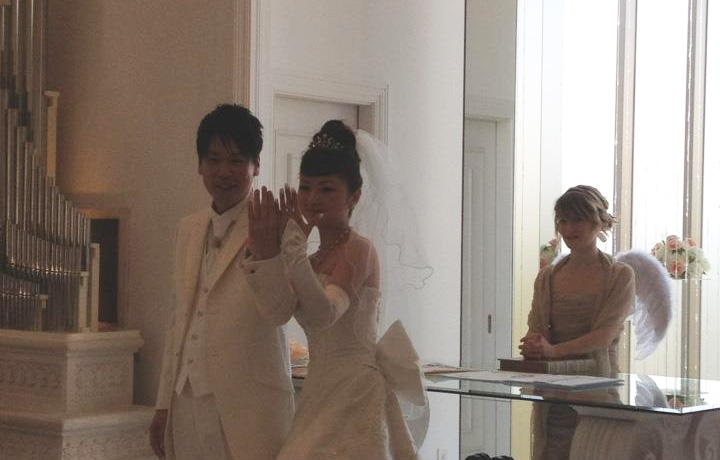 That’s me in the back, with the angel wings (not my decision).

I am proud of these moments and grateful for my hard work. I know how transformative learning a foreign language is, and while I don’t plan on learning every language, I will continue to push my skills in at least a few others so I can connect with people who are not like me, and show them that I see them as they are, and I appreciate them.

So, everyone SHOULD learn a foreign language?

No. Not everyone wants to, and that’s just fine. I mean it. It’s not wrong to never learn a foreign language. I will certainly never judge you for it. I just want to entice you with the riches that come with it.

Learning another language is an incredible delight, and you don’t even need to be fluent.

The effort of studying a foreign language is:

So give it a try!

What do you think?

Obviously lots of good things can come from learning a foreign language, but it is a big undertaking.

Should everyone learn a foreign language? These are just my opinions, so what do you think?

Let me know in the comments below!